The transitional government was widely reviled as a coterie of ex-warlords, which it mostly was. It was the 14th attempt since to stand up a central government. None of the previous attempts had worked.

True, some detractors have simply been war profiteers hell-bent on derailing any government. But a lot of blame falls on what this transitional government has done — or not done. From the start, leaders seemed much more interested in who got what post than living up to the corresponding job descriptions. The government quickly lost the support of key clans in Mogadishu by its harsh and unsuccessful tactics in trying to wipe out the insurgents, and by its reliance on Ethiopian troops.

Ethiopia and Somalia have fought several wars against each other over the contested Ogaden region that Ethiopia now claims. That region is mostly ethnically Somali, so teaming up with Ethiopia was seen as tantamount to treason.

The Continuing Influence of Bosnia's Warlords

The Islamists tapped into this sentiment, positioning themselves as the true Somali nationalists, and gaining widespread support again. The results were intense street battles between Islamist insurgents and Ethiopian troops in which thousands of civilians have been killed. Ethiopian forces have indiscriminately shelled entire neighborhoods which precipitated a European Union investigation into war crimes , and have even used white phosphorous bombs that literally melt people, according to the United Nations. Hundreds of thousands of people have emptied out of Mogadishu and settled in camps that have become breeding grounds for disease and resentment.

Death comes more frequently and randomly than ever before. I met one man in Mogadishu who was chatting with his wife on her cellphone when she was cut in half by a stray mortar shell. Another man I spoke to went out for a walk, got shot in the leg during a crossfire, and had to spend seven days eating grass before the fighting ended and he could crawl away.

Few foreign journalists travel to Somalia anymore. Kidnapping is the threat du jour. Nowadays, as soon as I land, I take 10 gunmen under my employ. By late January, the only territory the transitional government controlled was a shrinking federal enclave in Mogadishu guarded by a small contingent of African Union peacekeepers.

As soon as the Ethiopians pulled out of the capital, vicious fighting broke out between the various Islamist factions scrambling to fill the power gap. It took only days for the Islamists to recapture the third-largest town, Baidoa, from the government and install sharia law. The Shabab are not wildly popular, but they are formidable; for the time being they have a motivated, disciplined militia with hundreds of hard-core fighters and probably thousands of gunmen allied with them.

8. All Under Heaven: Missionaries And Warlords in: Kyushu: Gateway to Japan

The violence has shown no signs of halting, even with the election of a new, moderate Islamist president — one who had, ironically, been a leader of the Islamic Courts Union in If the Shabab do seize control of the country, they might not stop there. They could send their battle-hardened fighters in battered four-wheel-drive pickup trucks into Ethiopia, Kenya, and maybe even Djibouti to try to snatch back the Somali-speaking parts of those countries. This scenario has long been part of an ethereal pan-Somali dream. Pursuit of that goal would internationalize the conflict and surely drag in neighboring countries and their allies.

This would upend an already combustible dynamic in the Horn of Africa, catalyzing other conflicts. For instance, Ethiopia and Eritrea fought a nasty border war in the late s, which killed as many as , people, and both countries are still heavily militarized along the border. If the Shabab, which boasts Eritrean support, took over Somalia, we might indeed see round two of Ethiopia versus Eritrea. The worst-case scenario could mean millions of people displaced across the entire region, crippled food production, and violence-induced breaches in the aid pipeline.

In short, a famine in one of the most perennially needy parts of the world — again. The hardest challenge of all might be simply preventing the worst-case scenario. The foundation of order would be clan-based governments in villages, towns, and neighborhoods. These tiny fiefdoms could stack together to form district and regional governments. The last step would be uniting the regional governments in a loose national federation that coordinated, say, currency issues or antipiracy efforts, but did not sideline local leaders. Western powers should do whatever they can to bring moderate Islamists into the transitional government while the transitional government still exists.

Whether people like it or not, many Somalis see Islamic law as the answer. Still, there is an appetite for a certain degree of Islamic governance.


That desire should not be confused with support for terrorism. A more radical idea is to have the United Nations take over the government and administer Somalia with an East Timor-style mandate. Because Somalia has already been an independent country, this option might be too much for Somalis to stomach. To make it work, the United Nations would need to delegate authority to clan leaders who have measurable clout on the ground.

Either way, the diplomats should be working with the moneylords more and the warlords less.

The whole country is suffering from an acute case of post-traumatic stress disorder. Somalis will have to move beyond the narrow interests of clans, where they have withdrawn for protection, and embrace the idea of a Somali nation. If that happens, the work will just be beginning. Nearly an entire generation of Somalis has absolutely no idea what a government is or how it functions. To them, law and order are thoroughly abstract concepts. To them, the only law in the land is the business end of a machine gun. Trending Now Sponsored Links by Taboola.

A graveyard of foreign-policy failures, it has known just six months of peace in the past two decades. Now, as the country's endless chaos threatens to engulf an entire region, the world again simply watches it burn. View Comments.

Tags: , Default , Feature , Free , Somalia. More from Foreign Policy. The personalities listed below have been identified by international monitors and displaced persons from the region, as well as by an IFOR source, as some of the major players in the "ethnic cleansing" operation in Doboj and Tesli. Moreover, international officials and an IFOR source stated that a number of these individuals continue actively to carry on "ethnic cleansing" through the underground paramilitary organization.

Jovo Simi was Milii's right-hand man in carrying out these campaigns. During this period of time, the "Red Berets" paramilitary unit reported to him on their activities in the region. The guidance and coordination of the paramilitary units by the "state" was, and continues to be, a highly organized and systematic affair. He had his own gang which beat and evicted non-Serbs from their homes.

He strongly dislikes IFOR's presence on Bosnian Serb territory and has been recorded advocating "ethnic cleansing" on local radio. On the night of April 28, , there was an explosion in a small shop owned by a Bosnian Croat in Tesli, which burned the shop down. Sources state that Malivojevi and his friends were responsible for this. Some time later, Malivojevi "was once stopped by an IFOR patrol with his lorry full of moslem [sic] slave laborrs [sic]. According to OSCE sources, the military denied that the workers were not paid, yet confirmed that they were being ordered to work and would be expelled from the RS if they did not comply: In Tesli, OSCE staff spoke directly to Bosniaks "claiming to be in forced labor. 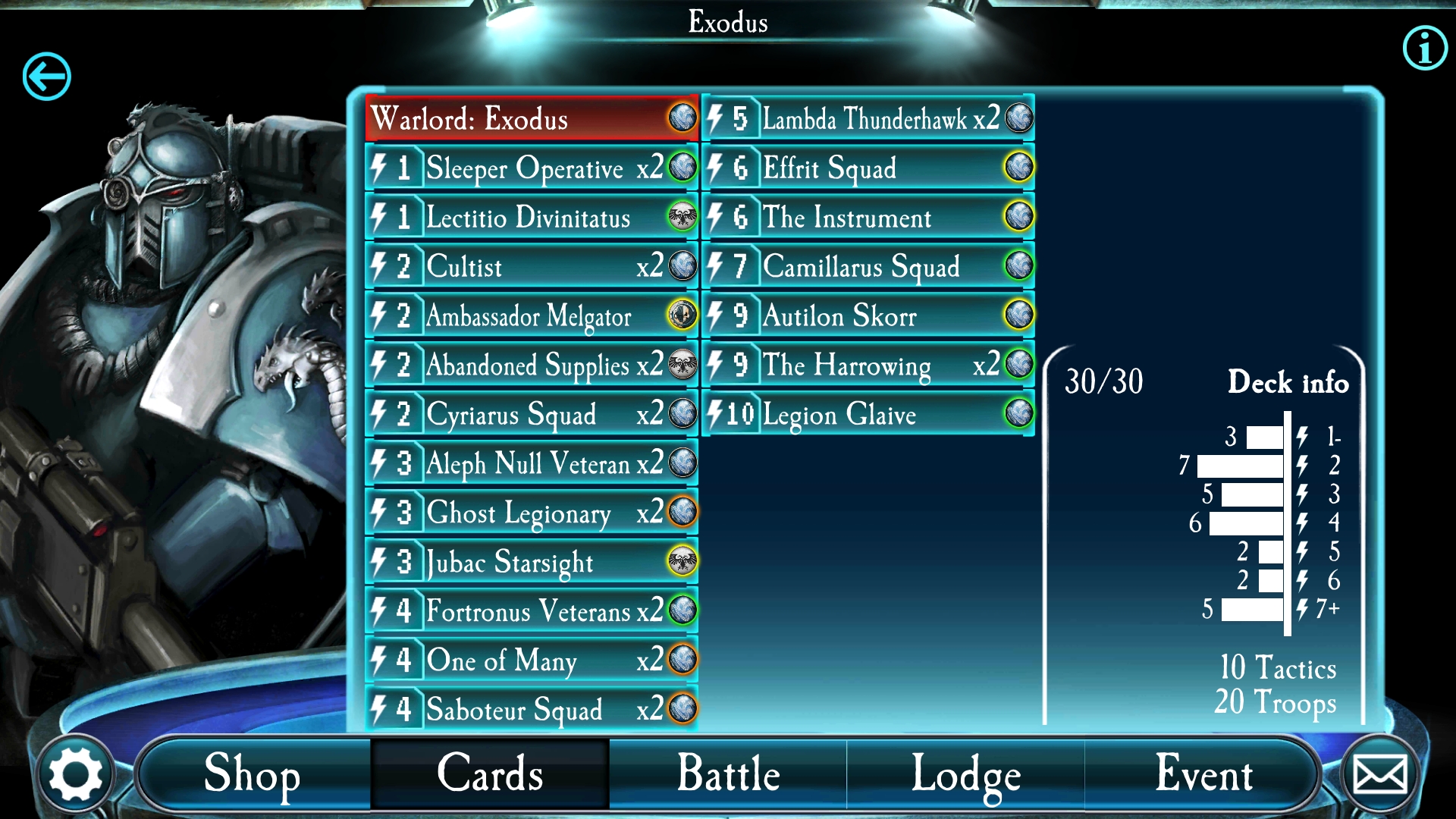 During the war, Simi's primary responsibility was the rounding up of non-Serb civilians for forced labor. Simi was often seen driving around Tesli in a police truck supervising the round-up process. The standard operating procedure of such a campaign was to surround an apartment building in town, or a number of houses in a village, so that the resident non-Serbs could not escape. Then, Simi's men were sent in to pull the people out of their homes and throw them in the back of trucks. The captured individuals were transported to a handball stadium in Tesli, which was used as a collection center.

The RS police then determined where the non-Serb civilians would be sent to work. A common ritual accompanying Simi's round-ups was to summon large groups of drunken VRS soldiers into the stadium, where they would proceed to beat the prisoners late into the evening before sending them out to work. During the war, Simi was also a member of a local paramilitary unit headed by Savo Kneevi which took part in the destruction of all non-Serb cultural and religious objects and institutions in Tesli.

It is likely that Simi continues to be an active member of this unit. Throughout the war, "Piko" was involved in the systematic looting operations of Bosniaks and Bosnian Croats and charged non-Serbs up to 10, DM [approximately 6, USD] for transportation out of Bosnian Serb-controlled areas of Bosnia-Hercegovina over to Bosnian government-controlled territories. He is currently involved in implementing SDS directives against political opponents in the area.

During Boro Malivojevi's "ethnic cleansing" operation in September see above , Markoevi and his men confiscated all the money and valuable possessions of the women, children and elderly who were separated from their military-aged male family members, while Malivojevi's men robbed all the remaining possessions left in the homes of Bosniaks and Bosnian Croats.

Afterwards, Markoevi would divide the spoils among the Tesli authorities. More recently, Markoevi has been identified as a principal human rights abuser by international monitors operating in the area See section, "Continuing Human Rights Abuses" for more details. He is also a member of the Tesli police force who has been mentioned by IFOR and a number of international monitoring sources as highly problematic and destabilizing.

Gligori is "uncompromising in his views that ethnic co-existence between Serbs and non-Serbs is not possible and completely unacceptable.

In , Gligori began a campaign informing all non-Serbs in Doboj that they should convert to Orthodox Christianity and personally drove around the area with a mounted loudspeaker propagating his policy. He is especially influential in the historically nationalist Ozren region south of Doboj.

During the war, he spoke of the need to annul mixed marriages involving Serbs with either a Croat or Bosniak partner.